Shortly after I posted about Annika’s Puffin interest, I was contacted by Donna, the Puffin Lady.  She asked if she could put together a special package all about Puffins for Annika.  What little girl doesn’t love getting mail, especially packages:) 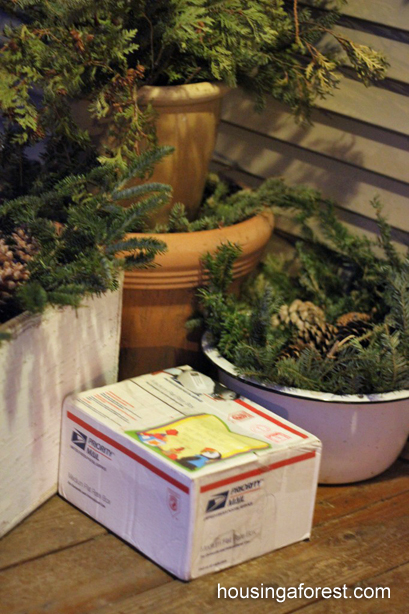 Not long after, we found this package nestled in among my front porch pots (which I LOVE by the way) from the Puffin Lady.  As soon as Annika found it she squealed with joy. 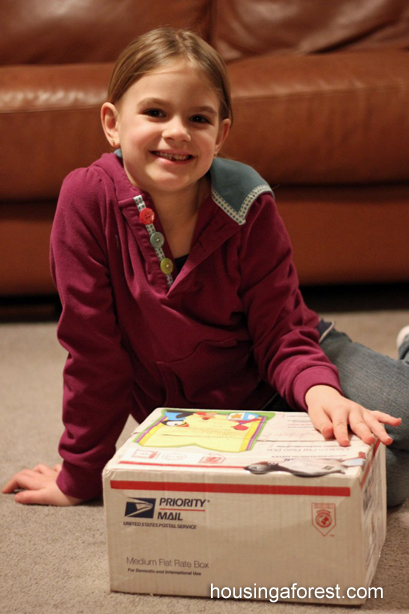 The first thing that she noticed was that the package was addressed to “Annika the Puffin Girl”.  We often call her Ani(Ah-nee) but according to Annika that does not really count as a nickname.  So Puffin Girl it is!  Love it!

This box was packed full of little goodies.  Donna went way over the top in finding special little Puffin items that a girl would love. 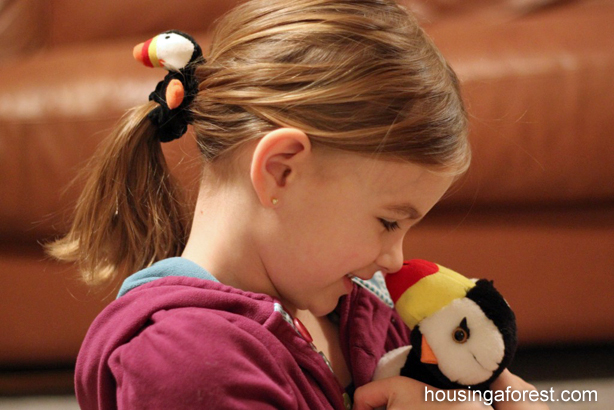 I love this picture.  It could not be more true to our little Puffin Girl.  She loves stuffed animals and immediately started snuggling this little guy.  It took no time for Annika to name this little cutie, Puffy.  Also notice the cute little Puffin scrunchy she is sporting. 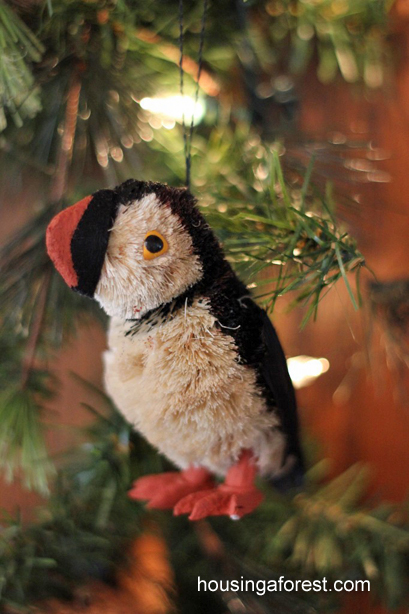 What a sweet little Christmas ornament.  Each of the kids have a collection of their own ornaments that they love.  Annika was so excited that her Puffin box contained an ornament.  This sweet little Puffin will be cherished. 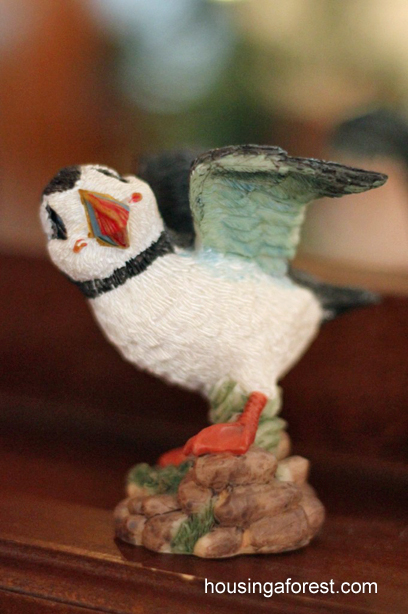 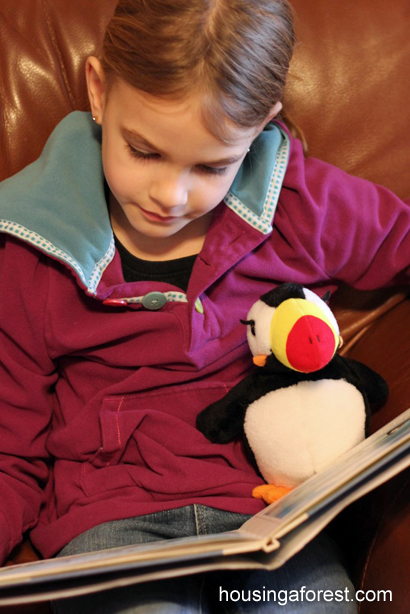 I love all the fun books that were included in the package.  We have read them a few times and now are going to pass them onto Annika’s Kindergarten class.

There were many more delightful little items as well, this box was packed right full!  Donna even included a pair of Puffin socks for me!  Annika loves showing her package to everyone that comes over.  Soon after the Package arrived, Annika received a letter from the Puffin Lady.  It contained a few pictures, one of which Donna is holding a Puffin.  After a few sweet questions, Annika has now made it her goal to one day see a real Puffin.  I love it!

The Puffin Lady has truly blessed our little Puffin Girl!  Thanks so much Donna!

One thought on “Puffin Mail for a Puffin Girl”