The Holidazzle Parade is another one of our favorite family traditions.  This is the kids second year participating in the Holidazzle Parade.  It is an evening parade, which is magical because all the floats are designed to light up. 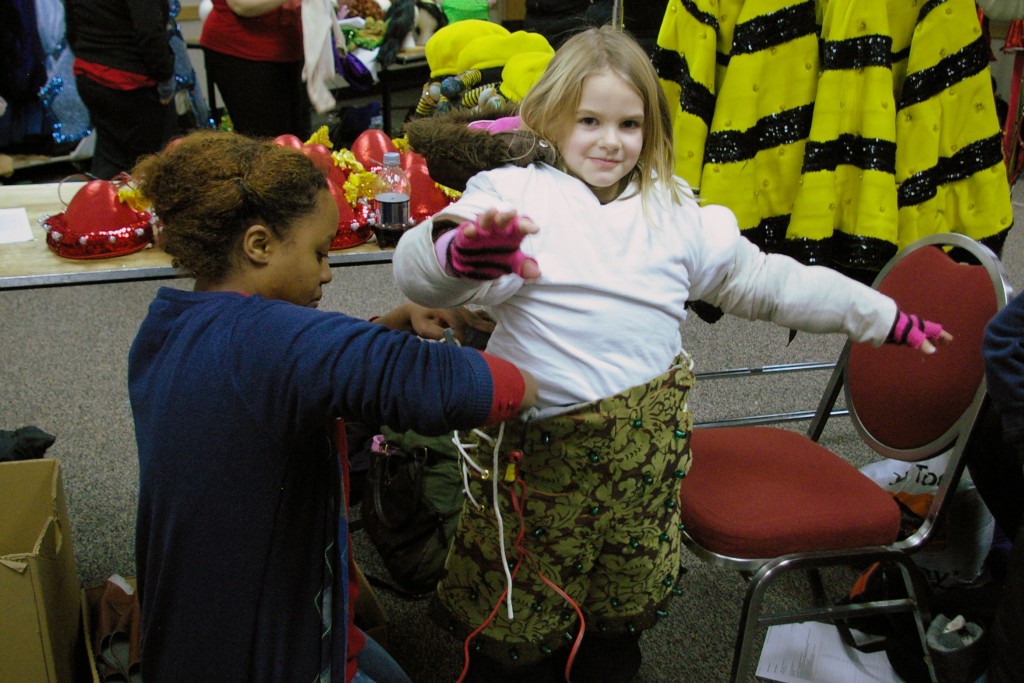 The kids were all bundled up under the costumes to keep warm.  The temperature is pretty mild this year, and we are lacking the beautiful snow cover that we usually have. 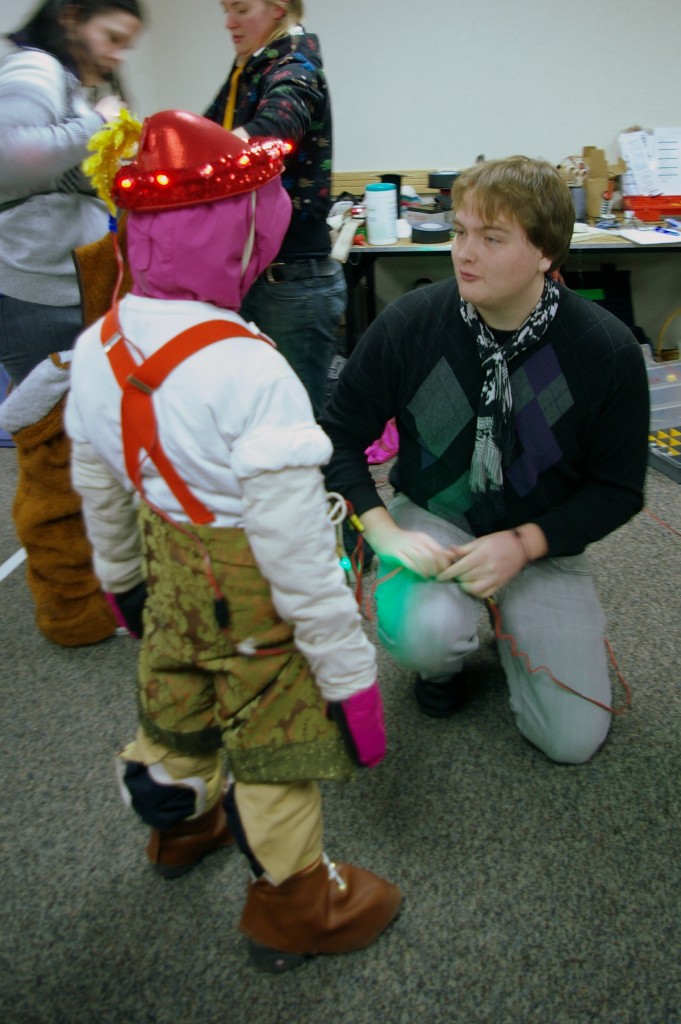 Most of the costumes light up so after the kids were all suited up they had to go to the lighting station to make sure everything was in working order. 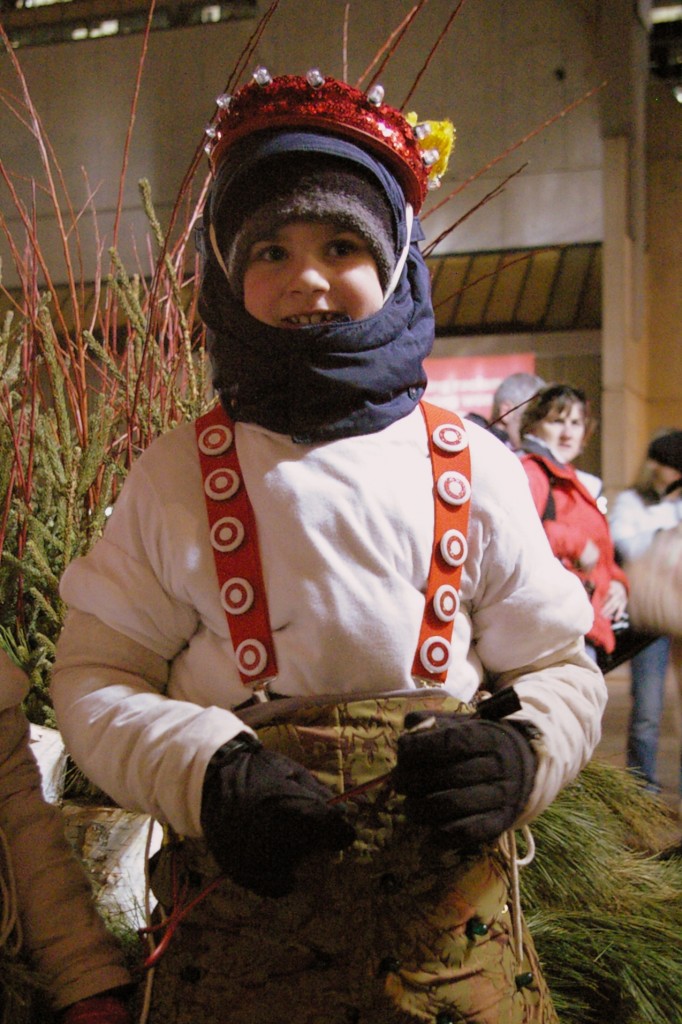 Waiting to get on their float.  Notice the wire Kaleb is holding, that will eventually hook right into the float.  Each kiddo will be seat belted, and plugged in. 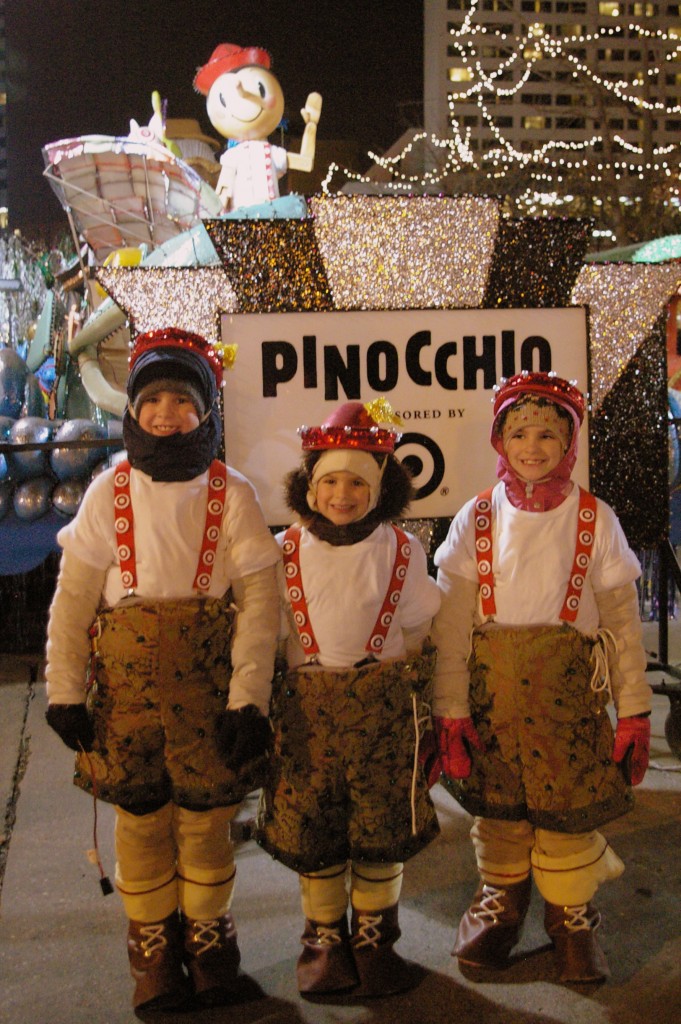 The kiddos rode on the Pinocchio float.  Each of the lighted floats are designed around favorite storybooks, and bring the characters to life. 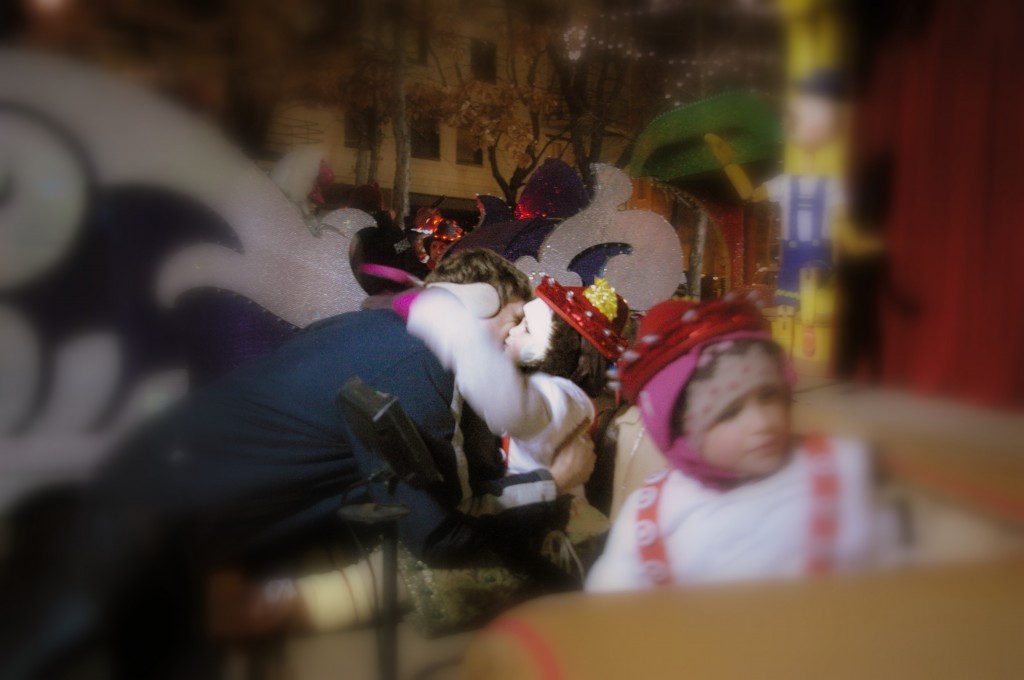 I love this special moment.  Auntie Laurie walked in the parade with the kiddos, all lit up as a Toy Solider so we could enjoy the parade.  Thanks Laurie! 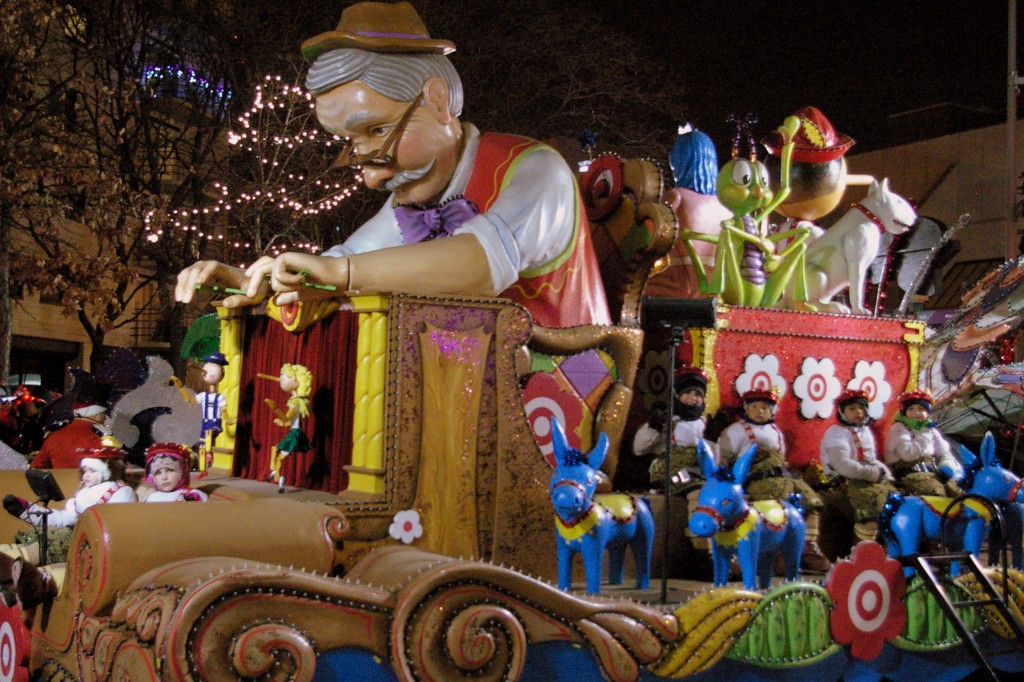 Breanna and Annika rode on a couch at the back of the float and Kaleb rode on the side.  He is the closest of the 4 kids to Gepetto. 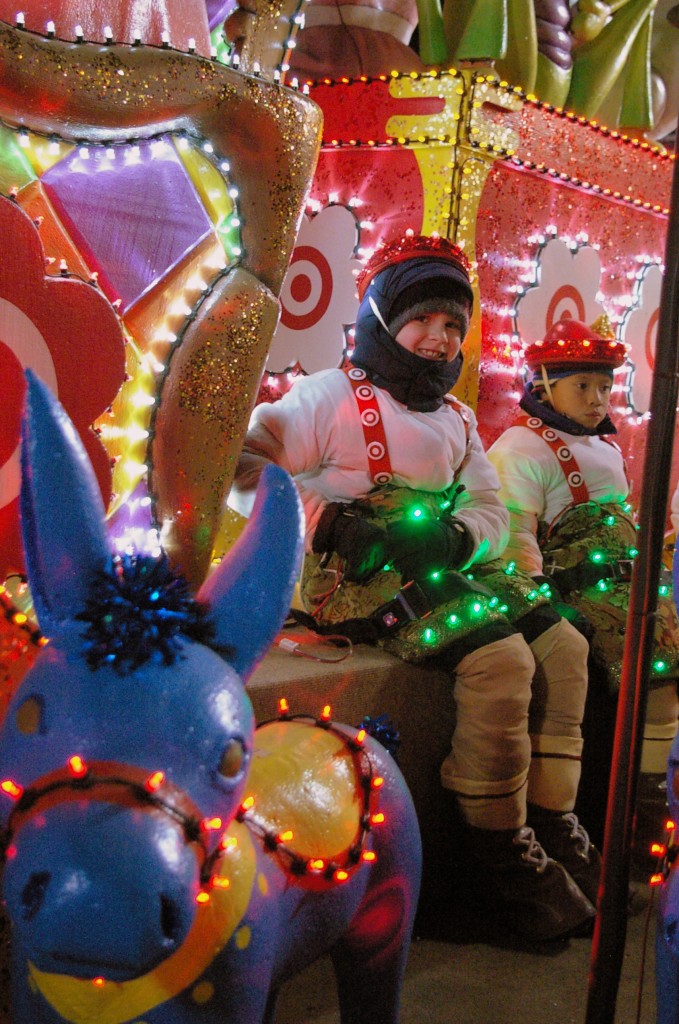 They looked so cute all plugged in and glowing.  He can’t wait for the parade to begin! 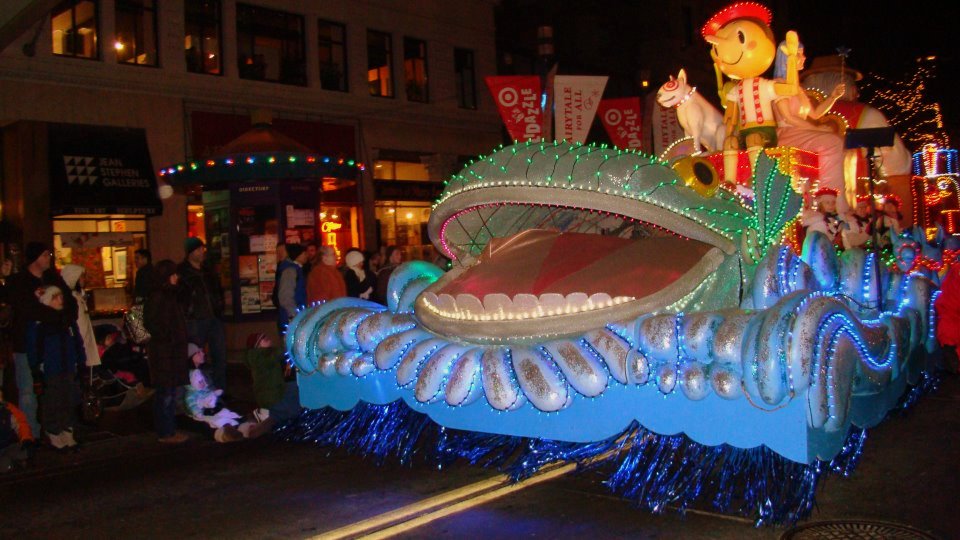 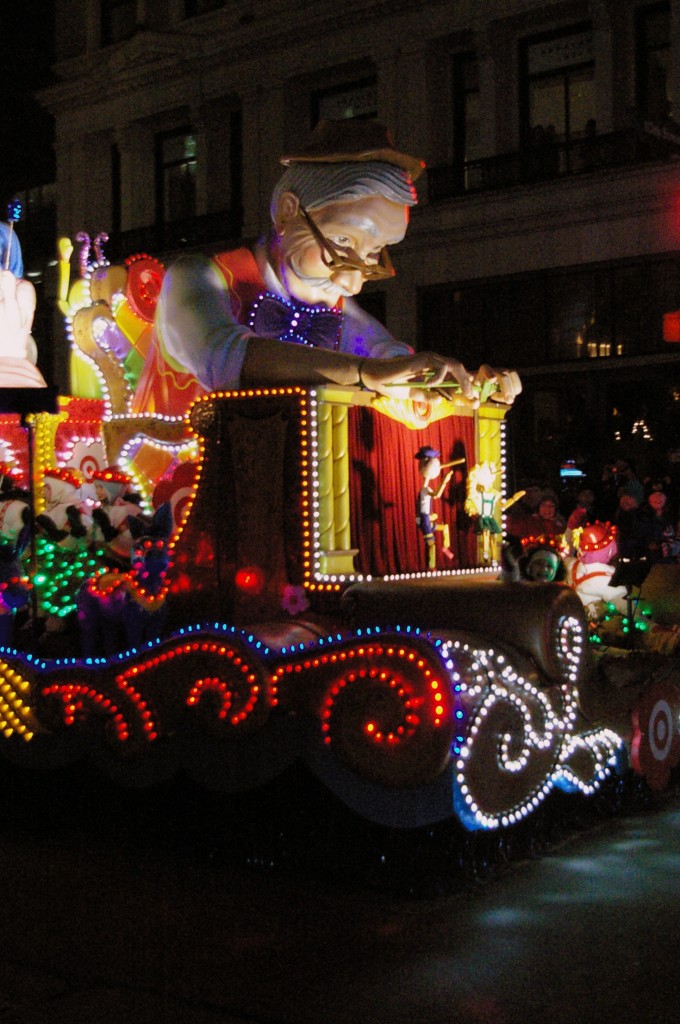 Annika is hard to make out, but she was really excited when she spotted us!

The circus train was the float the kiddos road last year. 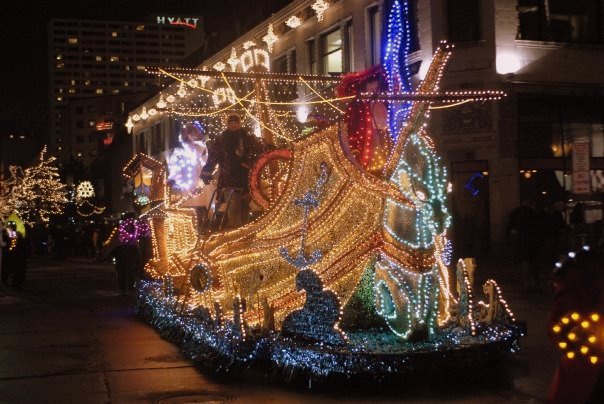 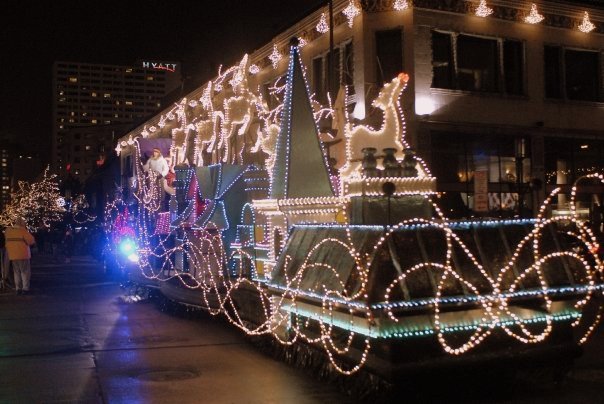 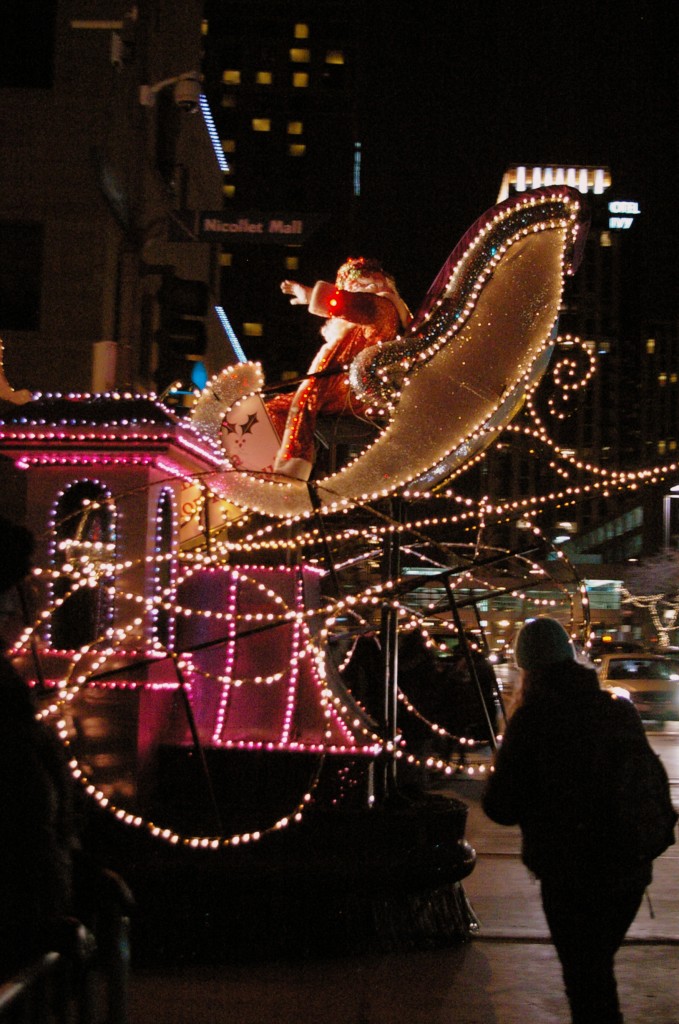 Santa is always the last float, ending the parade.  I love that the kids have the opportunity to participate in such a fun event.  I also love that I have a sister-in-law with connections…Thanks Laurie!