We love simple science experiments, especially ones involving eggs.  Did you ever dream of finding a golden egg as a kid, or was that just me?  Well, now’s your chance!  I had no idea that the secret to a golden egg was a simple pair of stocking.  Read on to find out just how easy it is to make a golden egg with your kids. 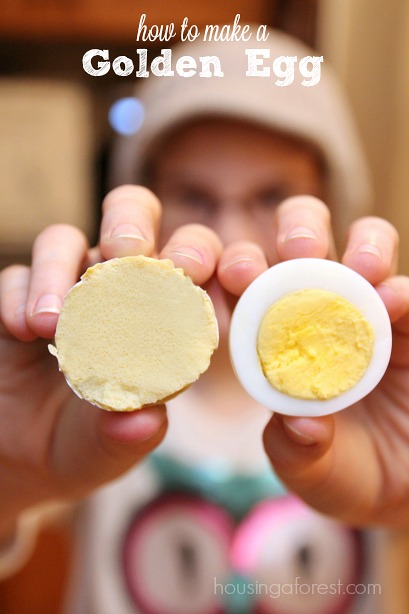 I’m excited to be teaming up with my good friend Nathan from Minnesota Cold for a fun series all about eggs.  We are sharing “egg-citing” experiments and unique ways to color eggs.  No traditional egg dye here!

First up…how to make a golden egg.  Golden eggs are essentially an egg that has  been scrambled before being boiled.  The entire inside of the egg turns a solid yellow color. The effect is accomplished by rapidly spinning the raw egg around in a pair of stockings. 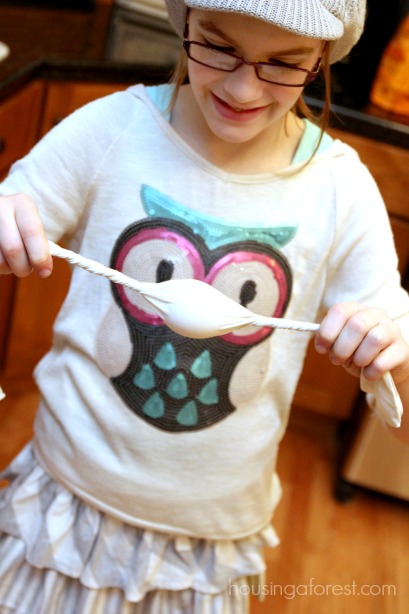 Now its time to scramble!

Repeat, repeat and repeat again.  We spun ours over 20 times.  Don’t get discouraged if it doesn’t work the first time.  It took us 3 tries before we finally spun it enough to get a Golden egg.  Hang in there, and keep spinning. 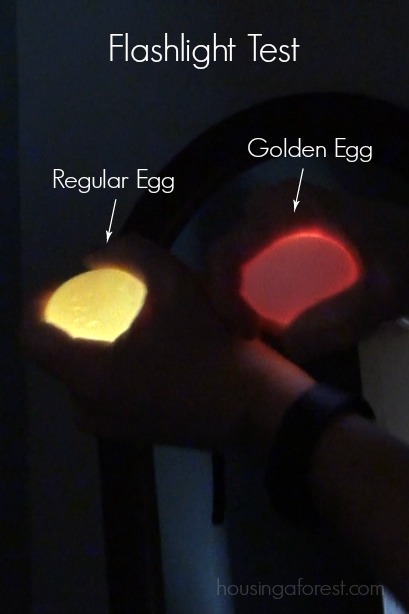 To check if your egg is properly scrambled, go to a dark room and shine a flashlight through your egg.  An unscrambled egg will appear bright and yellow; while a scrambled egg will be a much darker red color (thats your golden egg). 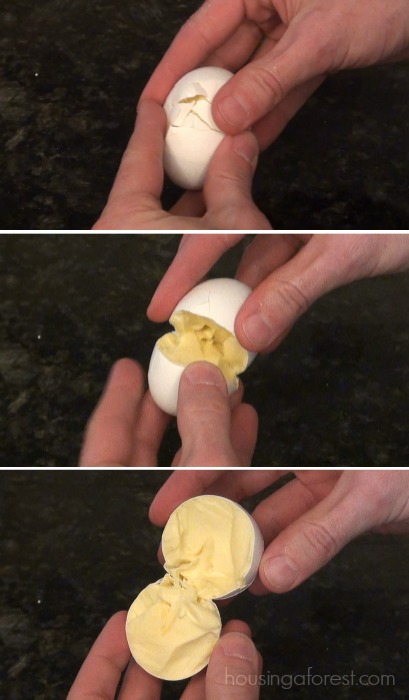 Now that your egg is scrambled in the shell, its time to turn it into a golden egg.  To make a perfect hard boiled egg, simple follow these simple instructions.

Golden eggs are cool, but did you know you can also make a silver egg?!?  Yep you read right, next we are turning our eggs silver.  This is one you don’t want to miss! 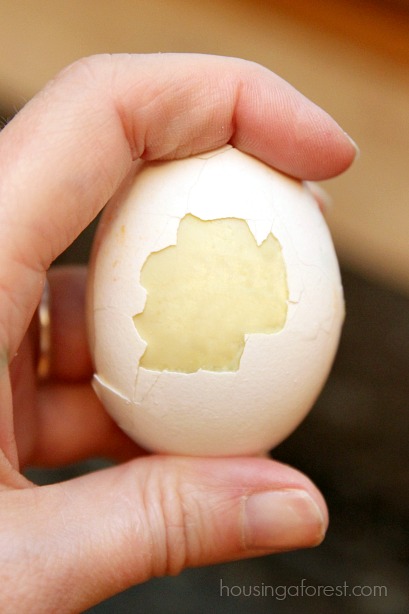 Egg Experiments featured in the video:

Egg in a Bottle

What Happens to an Egg in the Microwave

How to Peel an Egg the Easy Way