School is officially over and summer is here.  We are loving it.  Needless to say with all the fun, I have neglected to keep posting what we have been up to.  I just realized that my last post was 2 1/2 weeks ago.  Seriously, has time gone that quickly.  I hope that the rest of my summer does not disappear that fast!  Thanks for hanging in there with me!

I LOVE watching kiddos play, and seeing the creative process that happens.  Here is a simple progression of play that happened today.  Kaleb had a friend over and they were out battling their Beyblades in the little plastic arena that is sold in toy stores.  If you are not familiar with Beyblades, they are high performance spinning tops that are designed to battle.  The winner of the battle is the last top spinning. 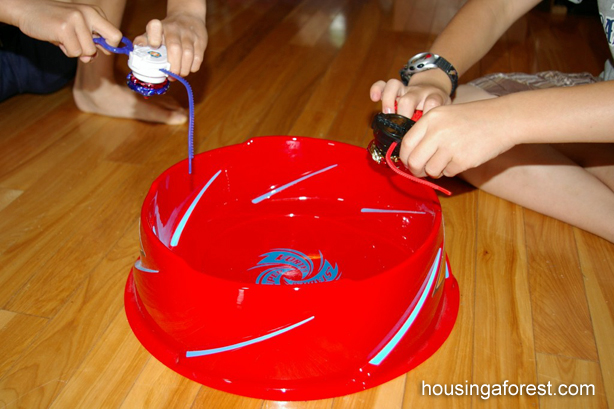 Soon they abandoned the plastic arena and were spinning them on tables, the floor and the counters.  Next they used full boxes of cereal to create a wall to stop the Beyblades from spinning to the floor.  It was so fun to watch their creative process.  It was not long before I heard one of the little creators commented “how great it would be if they could use empty boxes to create a large battle arena.”  Quietly I set a stack of empty cereal boxes and a roll of masking tape near where they were playing.  Immediately, they were working together on creating a amazing cereal box arena. 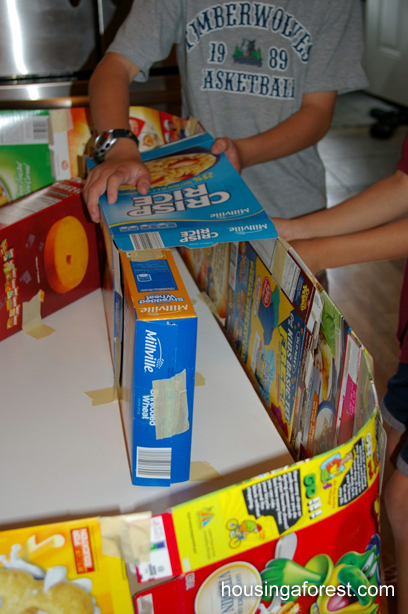 It was so fun to watch them plan and create the best walls, tunnels and ramps.  I love the imagination that it took them to come up with the design, and how quickly they were able to execute it. 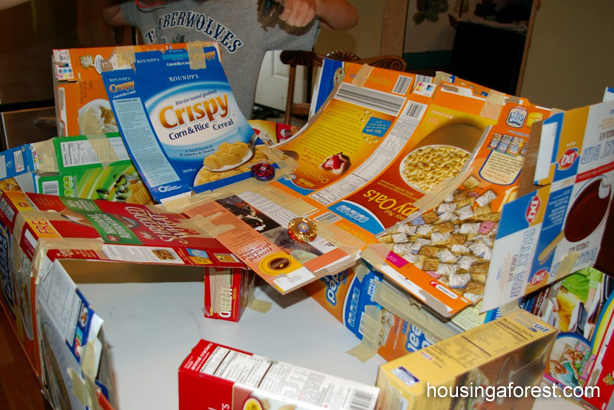 There are 2 Beyblades on the ramp getting ready to battle.  The boys enjoyed spinning them on the ramps and watching them fly. 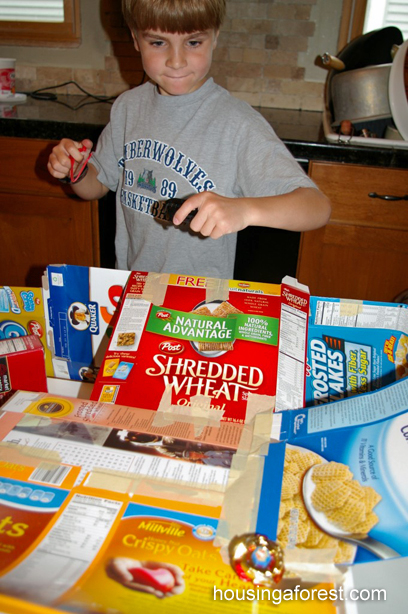 They played with their homemade arena for most of the play date.  They were continually tweaking the design and creating better ramps.  I think before they were ready to be done building and tweaking, we ran out of masking tape.  Something that I need to make sure and stock up on! 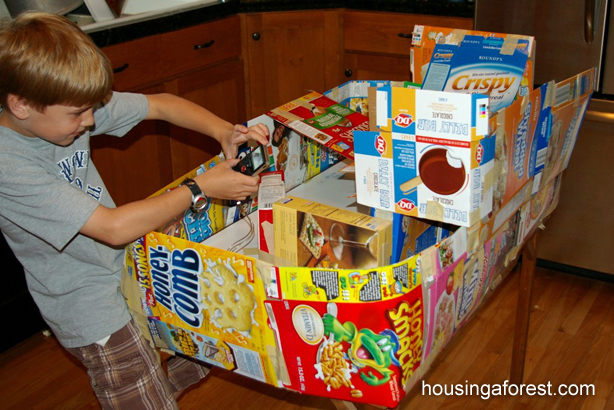 The boys then moved onto making hilarious videos.  I love their silly commentary.   Our house creates a lot with cereal and food boxes.  They have so many great uses.  I would love to hear what you are creating with recycled food boxes in your house.