Kaleb was given a Super Stinky Experiment Kit a while ago.  I was a little leery of the “super stinky” label, but since The Smell Eraser experiment involves spices from the kitchen I decided it was probably the safest of the bunch to try first.

Materials to build your own Smell Eraser:

Using the sharpie pen, mark one cup “A” and the other cup “B” 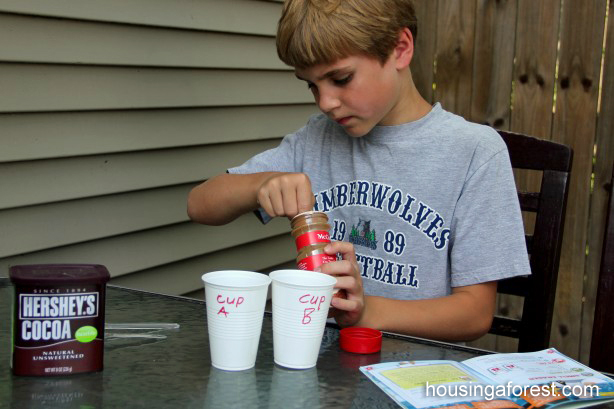 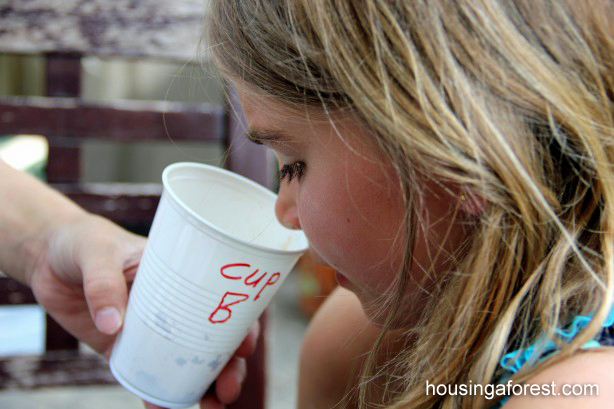 Now that you have everything all set up, you are ready to begin your magic show and erase your audiences sense of smell.

First have your subject tell you what cup “A” and cup “B” smell like.

The kids were amazed by this simple smell eraser trick.  When you smell one order for a really long time, your olfactory receptors get a little tired out.  They become temporarily unable to smell that particular order anymore.  This is called an odor adaptation or odor fatigue.  Since you are smelling lots of cinnamon in this experiment, your olfactory receptors go “on strike” and you can only smell the cocoa.

Pretty cool.  This also happens when you first walk into a house, car, room etc that has a strong odor.  As a result, that initial waft of turkey dinner that everyone comments on as they walk your house is soon a case of odor fatigue.  Initially it is a wonderful strong smell that soon fads into the background.  Our body is pretty amazing!

Have fun playing with this simple smell eraser experiment and enjoy learning about your sense of smell.

3 thoughts on “The Smell Eraser”