The kids were hiking around the cabin the other day and came across where they had discarded last years pumpkins and decorative gourds.  Every fall, the kids love throwing the pumpkins at a target to see which one smashes the best.  After a quick survey of the area, they came across a few half shells of some of the gourds.  The pumpkins had all decomposed. 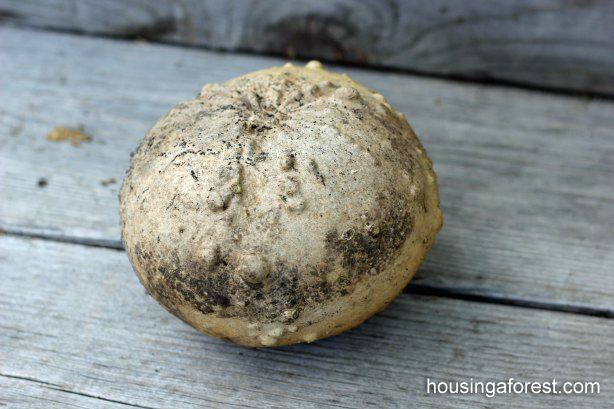 When they came across this little guy, they got really excited.  For some reason it was all intact, and shook like a maraca.  Pretty cool. 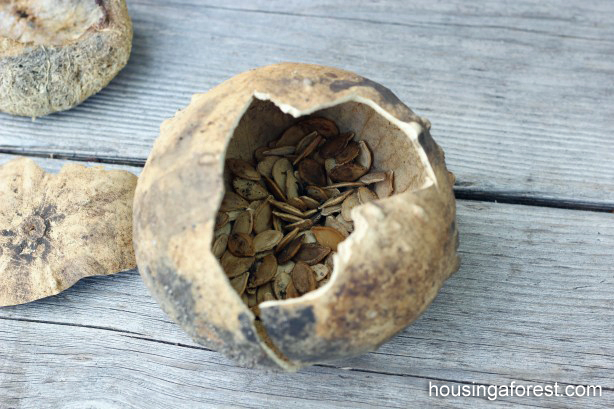 They wanted to see what was inside the gourd and creating the shaking noise.  When we opened it up, they were amazed that the gourd still had all its seeds and was not rotten.  Soon they were asking if we could try to grow a new gourd plant.  We were all a bit skeptical if it would work, but decided to give it a try. 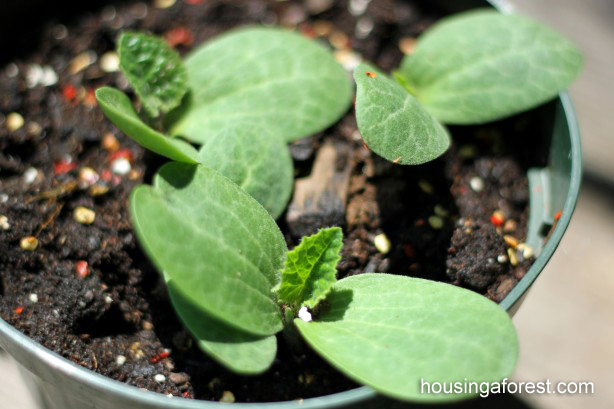 A few weeks later, leaves started poking through the soil.  Since we never saved seeds before, we were all AMAZED!  Not only did this little guy survive the “pumpkin battle” of my kids trying to smash it, but it also survived the harsh weather of a Minnesota winter.  We are all excited to see these little plants form fruit.

For more ways to encourage kids to garden, check out our:

How to Grow Sprouts on a Sponge