Spring break week!  I am so glad to have some special time with the kids this week.  Love it!  We stared off with this simple submarine play exercise.

This morning I asked the kids if they could construct a simple submarine.  My little ones often experiment with different items to see if they will sink or float, but today the challenge was focused on the older ones.

All you need to create your own submarine play stations are:

The kids ran all over the house collecting things that would fit in the small vessel that would become the submarine.  I loved listening to all the giggles as they were discussing which items would work. 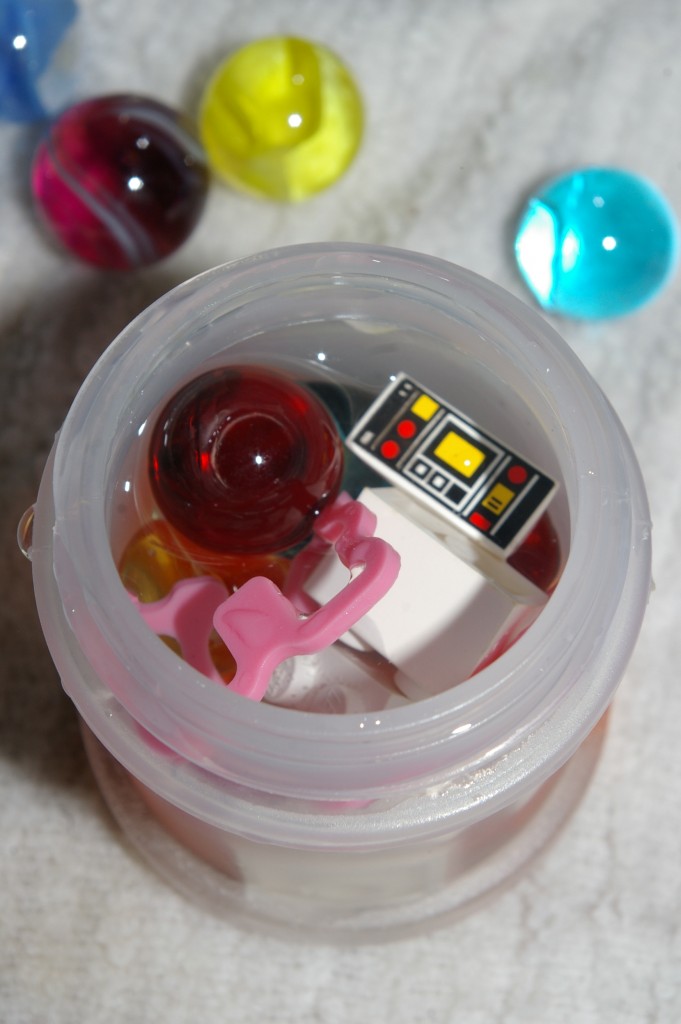 The kids found that it took quite a number of items to get the submarine to sink to the bottom.  They also thought it was interesting that objects that would normally sink would float inside the sub. 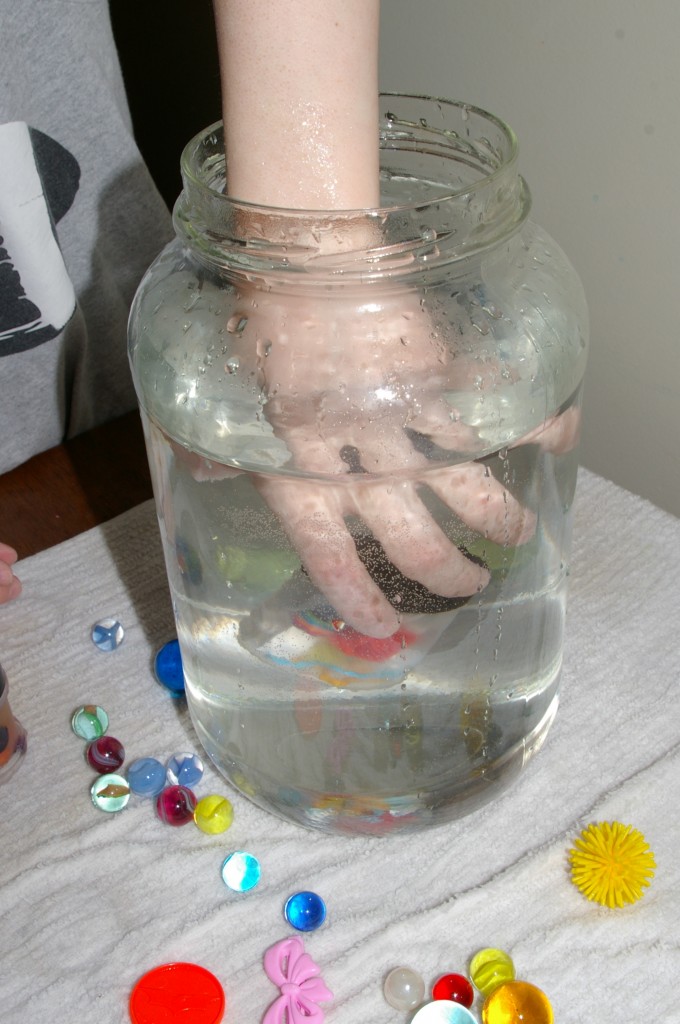 We talked about density and how the air inside the container made the heavy objects buoyant.  Kaleb decided he needed to remove the air out of his container to get it to his sub to submerge.  It was fun watching the kids figure out the problem.  Eventually they decided if they filled the sub with water there would be no room for air.  I love watching the process kids go though when left alone to explore.  After their brilliant discovery of using water, I explained to them that real submarines also use water to submerge themselves.  After numerous attempts using different amounts of water and a combination of different objects, they each finally created a perfect sub that stayed in the center of the jar. 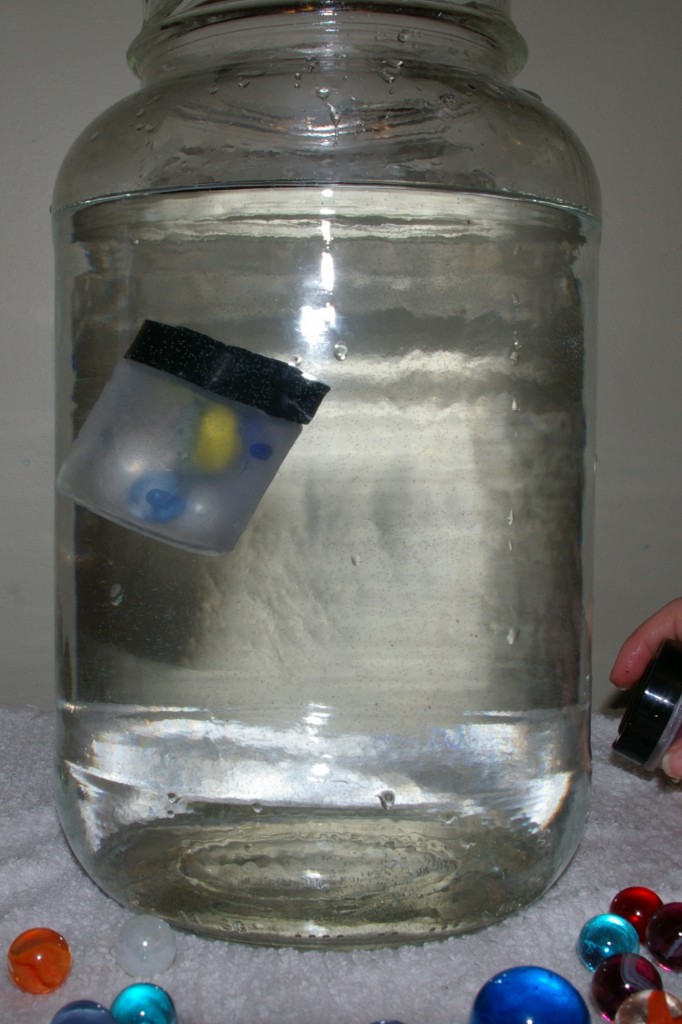 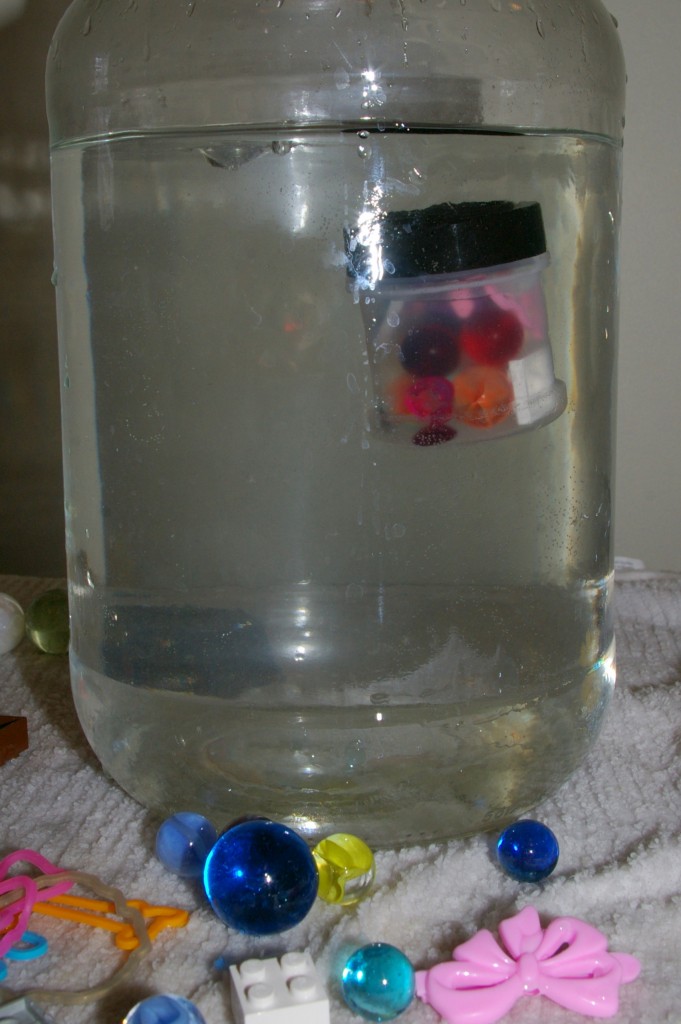