I love spring flowers, but it is still a bit early here to put them out.  I really wanted to switch out my winter planter by my front door, so this is what I came up with.  A few speckled eggs, moss covered rocks and a moss bunny. 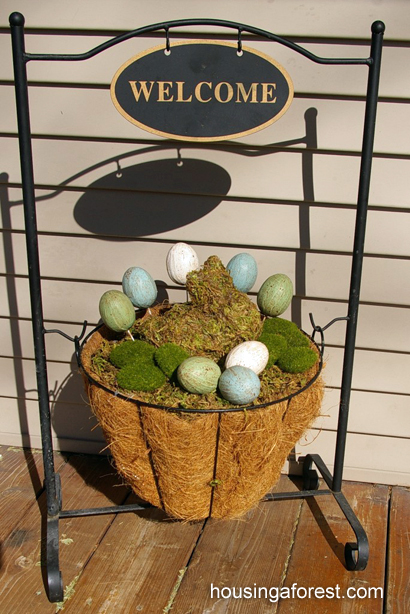 I started transforming the eggs first.  This is how what they looked like when I started.  They were plastic, colorful and covered in glitter.  I enjoyed them for a few years, but now I am ready for a change. 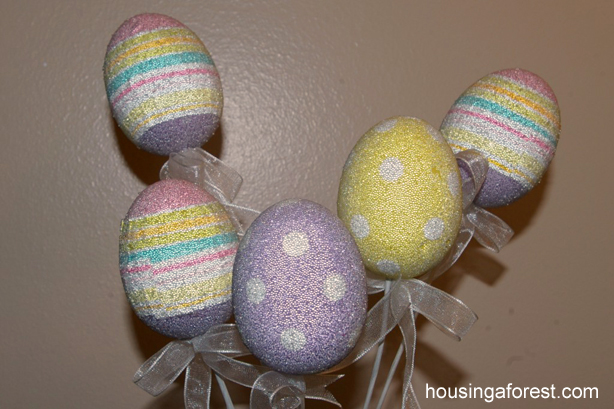 I began by removing the ribbon and covering the glitter eggs with Gesso to give them a bit of texture.  It took a couple of coats of Gesso applied with a pallet knife to get the coverage and texture that I was looking for. 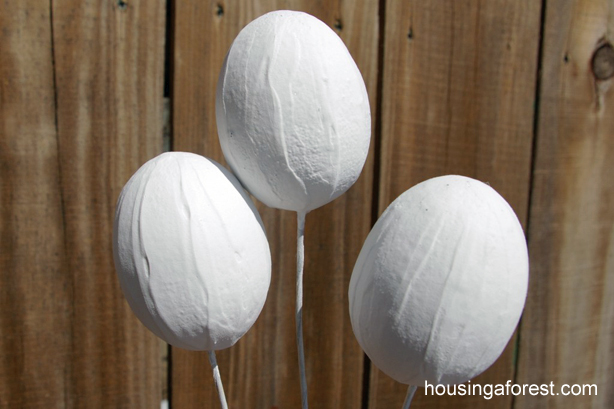 The painting took a few steps, but I LOVE how they turned out.  I first painted them with a soft blue, green and white.  Then the eggs got a brown glaze which brought out the texture of the Gesso.  Finally, I used a thin brown paint and a toothbrush to add a few speckles. 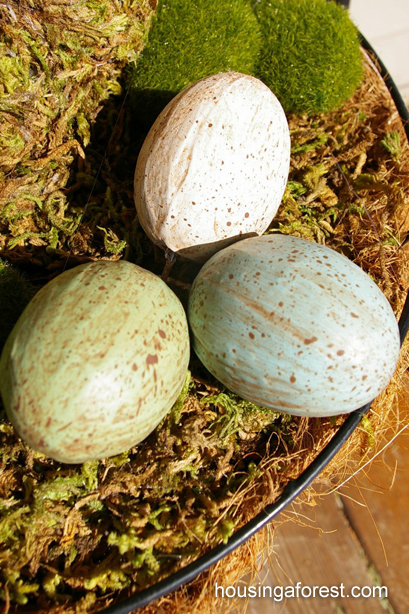 The bunny was next.  I found this ceramic little guy at a thrift store for 80 cents.  I began by covering a small area with hot glue and then pressing a handful of moss into the glue.  I continued until the entire bunny was covered in moss.  SO much better! 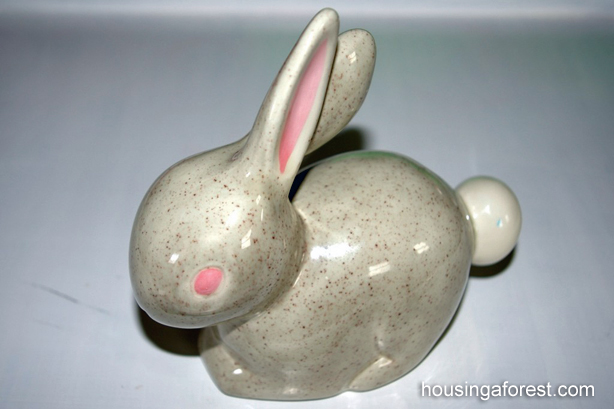 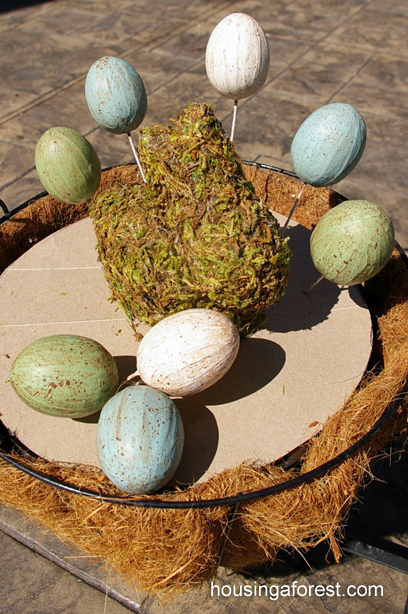 Finally I covered all the exposed cardboard with moss and added a few moss covered rocks.  I love it, although I think that I love the speckled eggs the most. 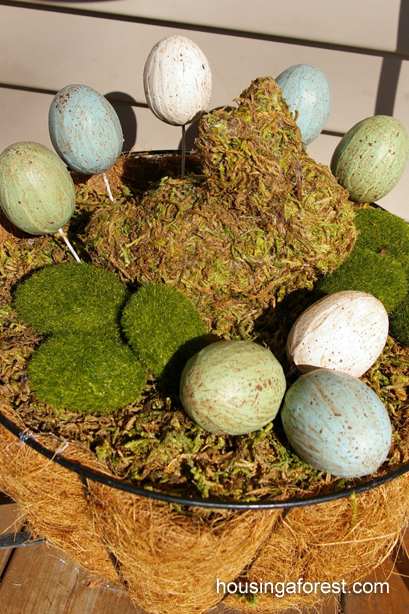 I will be linking to these parties.